King’s College Hospital, home to one of London’s

four Major Trauma Centres has joined the Royal London, Barts Health NHS Trust and the London Air Ambulance in supporting the TfL’s plans for new protected cycle routes across London. Based in South London, the Hospital employs over 12,000 staff and treats over 1 million patients a year.

‘Every day, our trauma team treat people transferred to King’s with serious and often life-threatening injuries.

‘Speaking to medical colleagues in our Emergency  Department, I know that the number of patients they are treating with injuries sustained whilst cycling is on the rise.

‘As a result, everyone at King’s is committed to doing everything possible to make cycling safer. These plans will hopefully help reduce the number of serious and sometimes fatal injuries people sustain whilst riding their bikes in the Capital. Improving cycle safety will also be welcomed by King’s staff, many of whom cycle to our various sites. 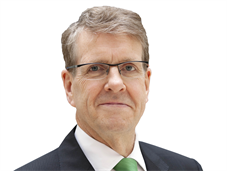